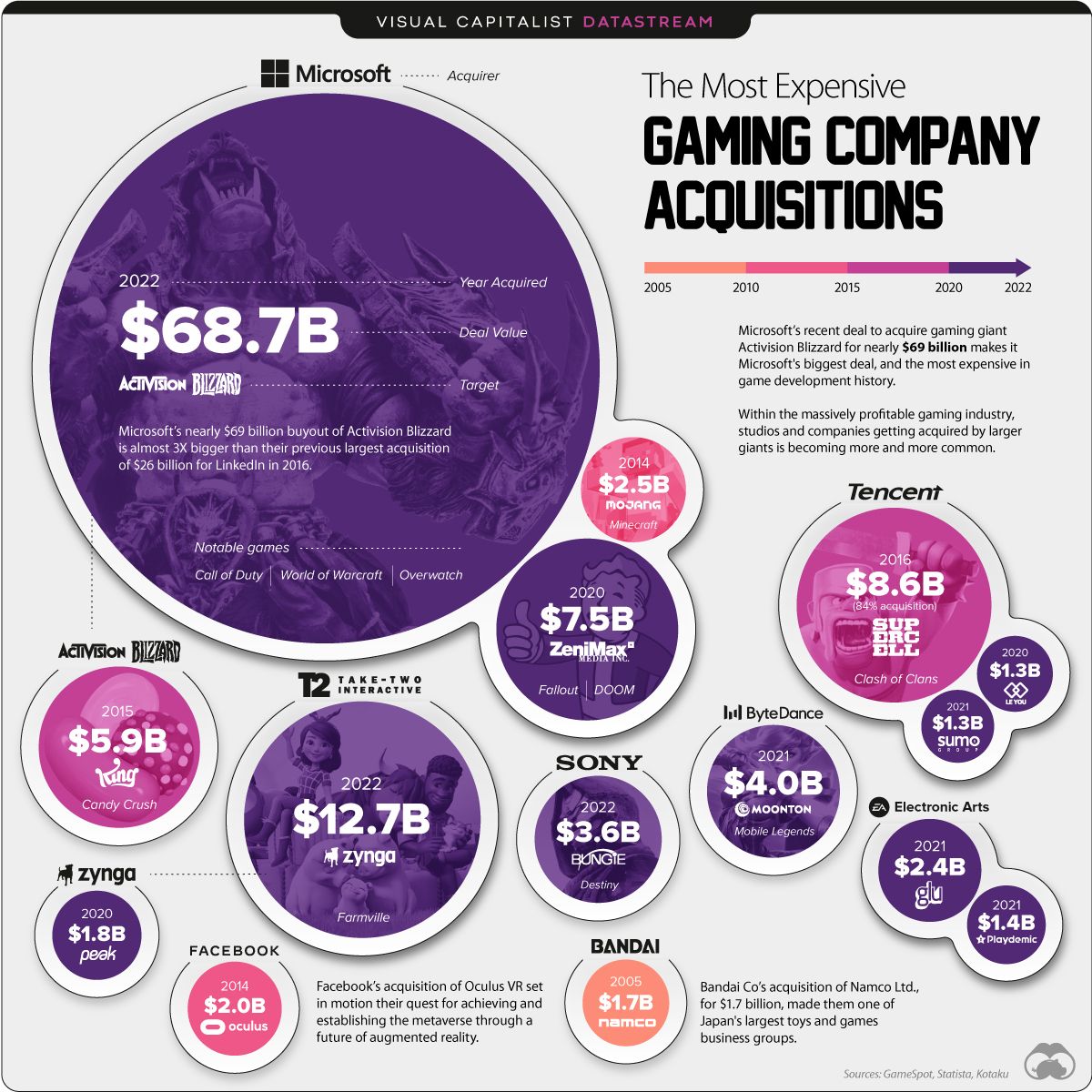 See full picture
The Most Expensive Gaming Company Acquisitions
Not even a week after Take-Two Interactive acquired mobile game developer Zynga for $12.7 billion, Microsoft claimed the title for the most expensive gaming acquisition in history.

The tech giant will acquire the famed gaming company Activision Blizzard, for $69 billion. This makes them one of the biggest video game development market players (a fact that has not escaped the notice of the FTC). 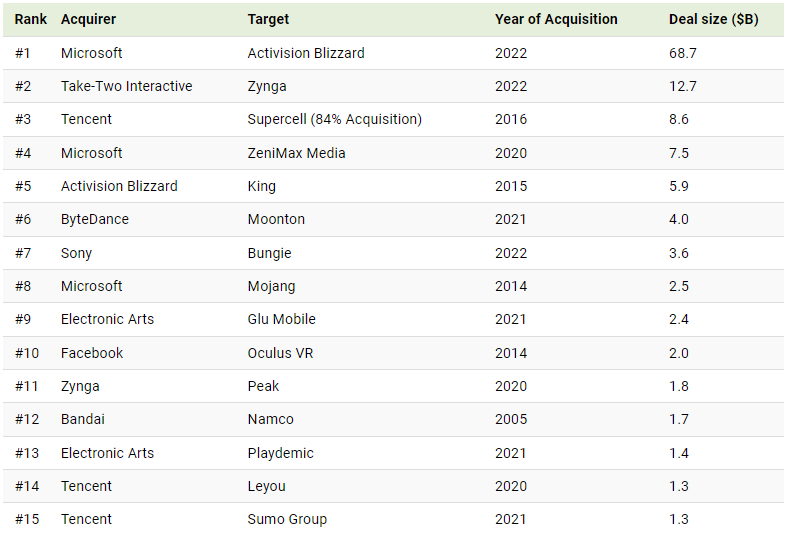 10 of the 15 biggest gaming company acquisitions have happened in the last three years.
Microsoft’s Billion Dollar Bets on Video Games
Microsoft’s announcement to acquire Activision Blizzard is the clearest sign yet of the company’s ambitions to become a giant in the world of gaming.

This merger would make Microsoft the third-largest video game company globally in terms of revenue and the publisher behind games like Call of Duty and World of Warcraft.

The acquisition of Activision Blizzard wasn’t the only major takeover that Microsoft has ever made. Microsoft acquired ZeniMax Media in 2020 for $7.5 billion, and Minecraft creator Mojang Studios for $2.5 billion in 2014.

Here are all the gaming companies and studios that Microsoft currently owns: 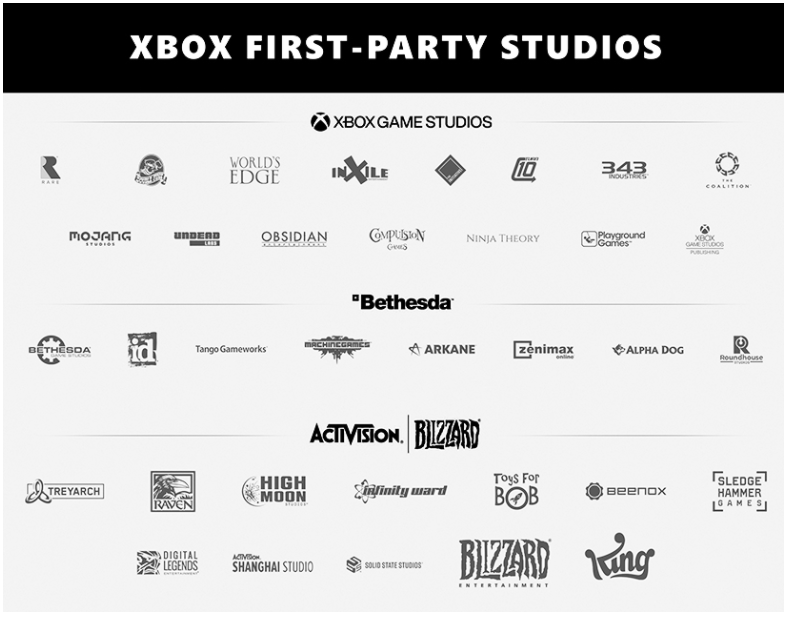 Part of the reason Microsoft has made such massive acquisitions is to play catch up and better compete in the gaming market. The sales of their Xbox console have also fared relatively poorly compared to PlayStation devices. Sony’s announcement to buy Destiny creator Bungie might be their attempt to neutralize Microsoft’s recent acquisitions, and it remains to be seen how that will play out.
The Future of Gaming and Further Acquisitions
As mobile gaming revenues explode, companies are trying to cash in their relevance in the online social space. Even in the middle of a pandemic, around 1,500 mergers and acquisitions worth $43 billion took place in 2020.

With newer changes in the user experience domain cropping up, gaming is now inextricably linked to the current metaverse trend. As online games and streaming become mainstream, we might experience gaming in a completely new and immersive way.

As big tech companies continue to move into gaming to diversify their revenue streams, we may see more acquisitions and consolidations on the horizon.